We acknowledge Australia’s First Nations Peoples as the Traditional Owners and Custodians of the land and give respect to Elders – past and present – and through them to all Aboriginal and Torres Strait Islander peoples.
Image Zan Wimberley
Share: Email this

With an epic backdrop of over 130 Maton guitars, hear artists play their favourite Maton models and biggest hits from inside the exhibition.

This series of digital concerts will go live on our Powerhouse YouTube channel on the following dates:

Born in Fall River Massachusetts, the youngest of seven from a sax playing electronics technician father and a mother in nursing, Mark Lizotte aka DIESEL grew up in Australia and in the U.S. He formed the band ‘Johnny Diesel & The Injectors’ in 1986 from remnants of a previous band before embarking on a solo career in 1991. In 2017 Diesel celebrated 30 years “off the bus” landing in Sydney in 1987 after a 3-day bus journey across Australia, launching into 9 shows per week -the rest is history. With over thirty five singles, sixteen albums, 6 ARIA awards and record sales edging 1 million, DIESEL is a journeyman of music. With blues music in his DNA, an influence largely from his Father’s record collection, DIESEL has blended styles to come up with a truly unique sound, punctuated with his distinct guitar playing and vocals.

Sydney artist Annie Hamilton navigates memory, perception and nostalgia through cascading, ethereal vocals and sprawling instrumentation. Hamilton is able to conjure images of both intimacy and mundanity like pieces of a puzzle through her astute, direct storytelling. By her ability to combine vulnerability with a versatile sound, Hamilton’s music oscillates between hushed contemplation and explosive, cinematic soundscapes.

In addition to her solo project, Hamilton plays guitar in Jack River’s live band and was formerly lead guitarist in Sydney outfit Little May.

Toby Martin is a singer, songwriter and the frontman of the beloved indie rock band Youth Group. Over the course of seven albums, Toby has established himself as one of Australia’s most distinctive and adventurous songwriters, combining a plaintive melodic sensibility with finely observed and deeply felt lyrics. His most recent solo album Songs From Northam Avenue (2017) was inspired by the residents of a street in Bankstown and featured a group of musicians from a variety of cultural backgrounds. His most recent album with Youth Group Australian Halloween (2019) was one of Double J’s albums of the year. This concert is a chance to catch Toby playing a rare solo show, and playing songs from across his and Youth Group’s back catalogue.

Although he was raised by the blues (some even say it’s in his bones), his current projects see him leap from the warm embrace of the twelve-bar turnaround and into the unknown.

This is no easy transition to make as throughout his childhood, Hamilton’s Byron Bay home was often converted into temporary accommodation for traveling blues artists that his parents had befriended. The Hamilton’s revolving door welcomed names like Robert Johnson descendant Super Chikan, Jimi Hendrix collaborator Ironing Board Sam, and Blues Hall Of Famer Ardie Dean.

Between festivals and gigs, the bluesmen would lounge in the backyard smoking, drinking and strumming as a young Zeppelin wandered around- intoxicated by the music and energy surrounding him. A decade or so later, the intoxication is still very much alive and well.

Residing and hustling in Sydney, Hamilton is paving his own way to a familiar kind of nostalgia – one where he is the artist that bemused children look to in wonder. The move to the big smoke has seen him sell-out tours with Velvet Trip all over Australia, gaining recognition from Fender in the process. 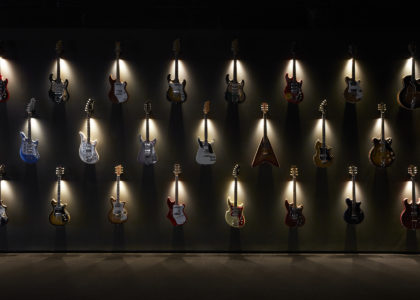 Maton: Australia's Guitar
View over 130 guitars in the largest retrospective of Australia’s leading guitar manufacturer Maton.
Exhibition
Back to top of page 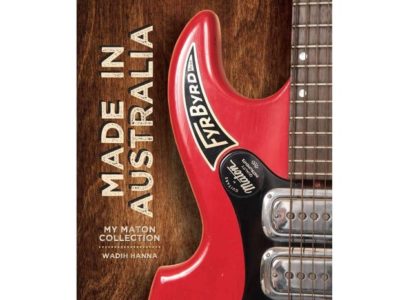 Made in Australia: My Maton Collection 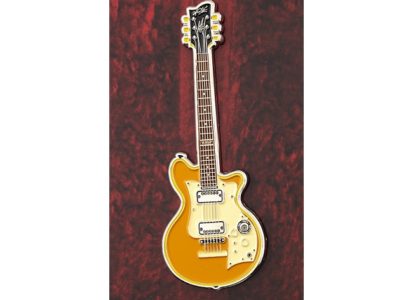