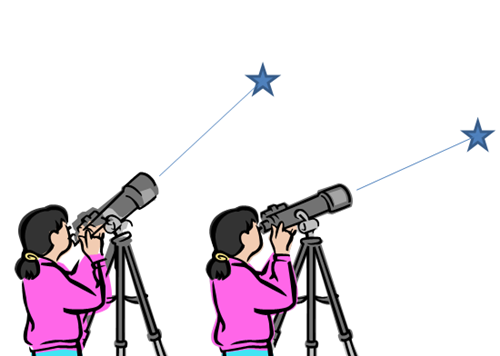 The aberration of light means that an astronomer observing a star has to adjust the direction in which her telescope is pointing depending on whether the Earth in its annual path around the Sun is moving towards or away from the star. The effect is of course greatly exaggerated above. Diagram Nick Lomb with help from Microsoft clipart

This is a good question. Today with spacecraft regularly sent to all parts of the solar system it is fairly obvious what goes around what. It wasn’t so in the past. The ancient Greeks, for example, noted that we have no feeling of movement while we see the Sun move around the sky. Quite sensibly, they concluded the Sun is moving around a stationary Earth.

The ancient Greeks built up a complex mechanism to explain the motion of the Sun around the Earth and that of the five naked eye planets in the sky. Their theoretical mechanism reached its culmination with the work of Claudius Ptolemy in the second century of our era. Ptolemy moved the Earth from the centre of the Sun’s path and introduced a point called the equant about which the Sun moved at a constant speed.

Ptolemy’s mechanism was still complex and needed different constructions for Venus and Mercury than for the other three planets. In the 1500s the Polish astronomer Nicholas Copernicus instead proposed a heliocentric model in which the Earth and the other planets circled the Sun. He had no proof but found his own model aesthetically more pleasing and a little simpler than that of Ptolemy.

In the following century the German mathematician Johannes Kepler came up with the modern idea of planets moving around the Sun in elliptical paths and discarded the complex constructions used by Ptolemy and Copernicus. Finally, the great British scientist Isaac Newton, born 12 years after the death of Kepler, formulated the Universal Law of Gravitation with which he could fully explain the physics of planetary motion. Now with a clear simple picture before them, scientists fully embraced the heliocentric idea. Still there was no proof. 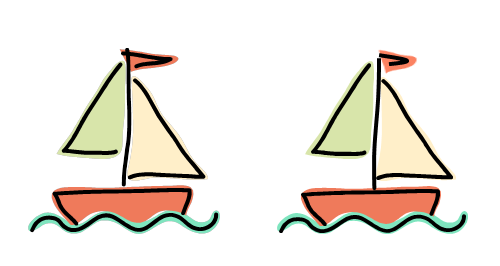 The proof that it is the Earth moving and not the Sun came in the 1720s in the work of English astronomer James Bradley, who was later to become the Astronomer Royal. Bradley and a colleague made extremely careful observations of a star known as Gamma Draconis and found that its position varied during the year by up to 20 arc seconds with peaks to the north and to the south in September and March, respectively.

After confirming this effect by the observation of further stars Bradley came up with an explanation. According to a story, that maybe apocryphal, Bradley worked out the explanation while on a boat ride on the Thames, a ride in which he noted that flag on the boat did not line up with the wind direction but instead altered its direction whenever the boat changed its movement with respect to the wind. In other words, the wind direction as perceived from a moving boat is different to that observed by a person stationary on the riverbank.

Using the wind analogy the explanation for the aberration of starlight observed by Bradley is that the star’s direction is different as seen from a moving Earth to that from an object stationary with respect to the Sun. And as the Earth is moving in different directions with respect to the star during a year the position of the star will vary during the year.

Bradley worked out formulae involving the velocity of the Earth and the speed of light to calculate aberration and the results agreed fairly well with observation. The correct formulae could not be derived though till Einstein’s theory of Special Relativity in 1905 as the fact that the velocity of light does not change has to be incorporated.

The motion of the Earth with respect to the Sun is not obvious. The great scientists like Copernicus, Kepler and Newton adopted the idea of a moving Earth from the 1500s onwards for reasons of simplicity and physical plausibility. Still the proof only came from James Bradley’s discovery of the aberration of light in the 1720s and even that discovery was not finalised until Einstein in the early 20th century.